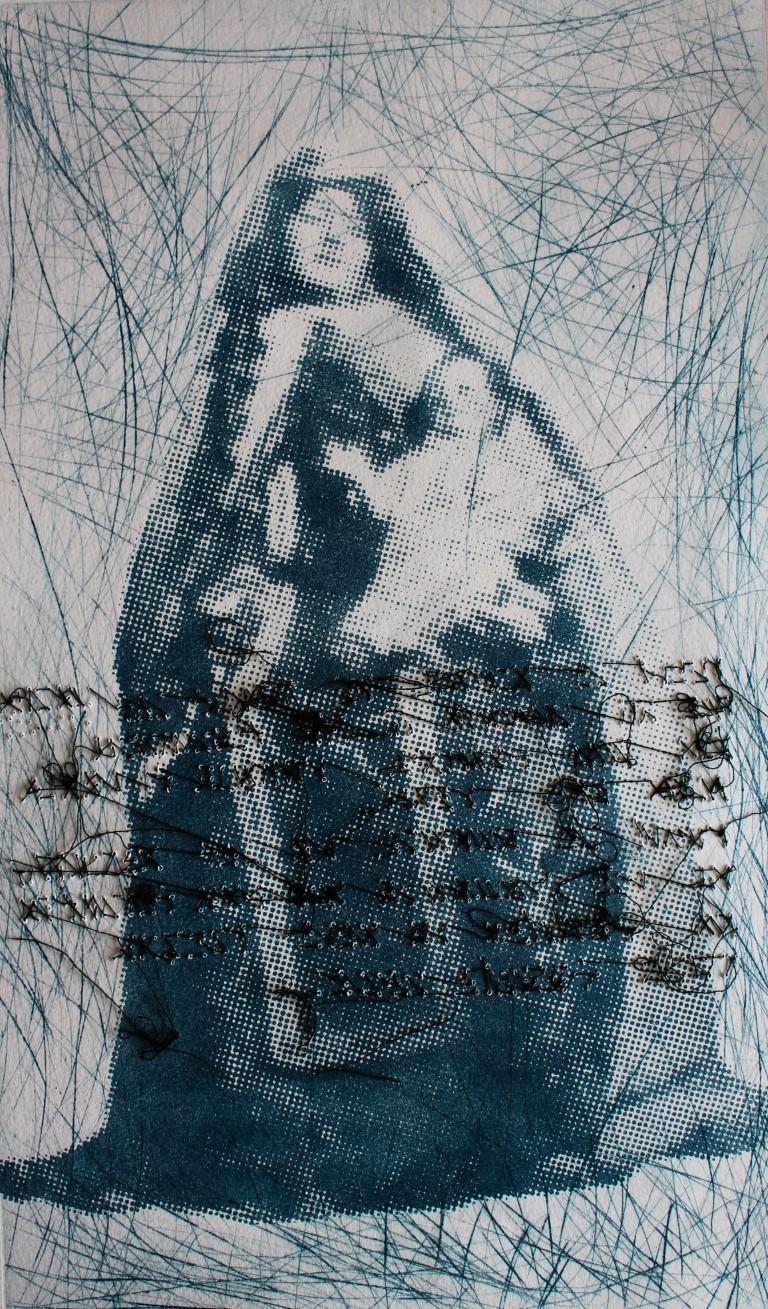 Was born on September 15, 1984 in Valparaíso, Chile.  She studied Visual Arts and Education at The Universidad de Viña del  Mar. She lived in Germany between 2010 and 2015 where she studied Painting and Engraving at the Goethe Universität Frankfurt. Today  is a member of the Eulengasse Contemporary Art Association, The Group of Engraver Casaplan in Valparaíso and The Woman Artist Group S.E.C.A.

I was born crying in Chile in 1984 during the dictatorship; like many. I was born by one of the many silent mothers and I grew up with a father who learned to listen; like few.

My family, made up of women and men of macho, Catholic and largely Pinochet language, was a space full of censorship, silences, sighs, prayers and songs. I grew up surrounded by artists, mechanics, merchants, educators, and midwives; like some.

I began to be an artist, a teacher, and a feminist; and with it I discovered my voice in the stories of others.

My work is a strong and longed for open dialogue, the unearthed healing story of my grandmothers, aunts, sisters, cousins, students, nieces, friends and colleagues. In 1931, we decided to be whores, virgins, mothers, witches or machis; like many.

“A woman does not have the right to interrupt the pregnancy because she only lends her body to the fetus”
Ena von Baer. Chilean senator appointed. U.D.I. 2014

“Putas Vírgenes” is a series of engravings with hand-embroidered text applications on cotton paper, which began to take shape in 2019.

The texts are excerpts from stories written anonymously by women and dissidents, who wanted to make their personal experiences visible through this work. Thus, the fight for freedom of decisio about fertility and abortion, complaints of sexist violence in all its aspects and the reality of women serving prison sentences, are part of the themes that are present in this project.

“Putas Vírgenes” aims to make visible experiences of abuse, discrimination, gender violence and confrontation with the patriarchal system, within the iconic image of the female figure represented by the Virgin. It also seeks to create a confrontation with our beliefs and myths about femininity, the correct and accepted versus the hidden and the taboo.

Each “Puta Virgen” is an object book in the form of a triptych or altarpiece. They were made with the photolithography technique, dry point and etching on cotton paper.

The photographs correspond to a series taken in the churches of Quito, Ecuador, highlighting the syncretism between the Catholic religion and the pre-Hispanic culture of the “Escuela quiteña”.